Modern highway systems are the key to economic development 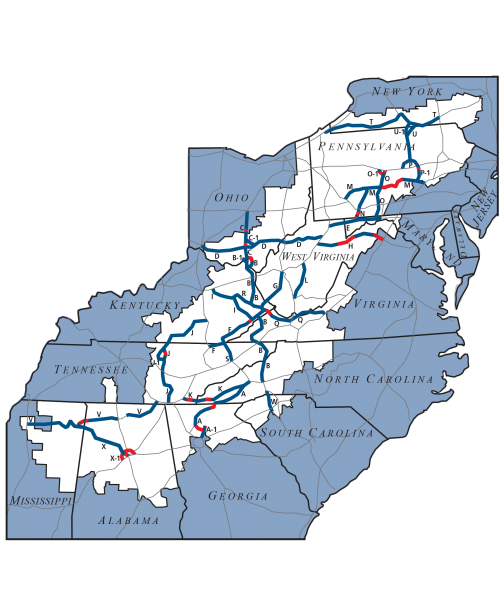 In 1964, the President's Appalachian Regional Commission (PARC) reported to Congress that economic growth in Appalachia would not be possible until the Region's isolation had been overcome. Because the cost of building highways through Appalachia's mountainous terrain was high, the Region had never been served by adequate roads. Its network of narrow, winding, two-lane roads, snaking through narrow stream valleys or over mountaintops, was slow to drive, unsafe, and in many places worn out. The nation's interstate highway system had largely bypassed the Appalachian Region, going through or around the Region's rugged terrain as cost-effectively as possible.