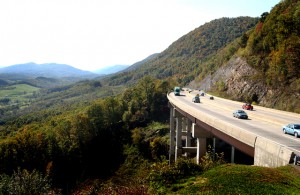 The ADHS is currently authorized at 3,090 miles. By the end of FY 2013, 2,522.39 miles—83 percent of the miles authorized—were complete, and 235.6 miles were under construction. Many of the remaining miles will be among the most expensive to build. Completion of the ADHS remains a top priority for ARC.  This web site is designed to support Appalachian Development Highway System (ADHS) GIS for Cost to Complete Estimate effort.